St Patrick’s Day in aid of Cancer Research to be run at The Festival
Cheltenham Racecourse today announced that multiple Derby-winning trainer Henry Cecil will be the Guest of Honour for the first ever St Patrick’s Day at on Thursday, March 17, 2011. The one mile, five furlong charity flat race, run as the seventh race that day, will raise money for Cancer Research UK, this season’s chosen Festival charity.

Commenting upon his involvement, Cecil said: “I was delighted and honoured to be invited by Cheltenham to get involved in the St Patrick’s Day . I’ve always admired the wonderful sport at The Festival from afar, but this will be my first ever visit to the meeting and I am looking forward to sampling the atmosphere at first hand.
“Cancer is an illness that touches most families at some point and my family is no different, so it will be marvellous to be able to play a small part in helping to raise as much money as possible for Cancer Research , a charity which does so much to help the fight against this disease.”
This will be the last time for several years that St Patrick’s Day is on a Festival raceday and the occasion will be marked by a series of events and displays with a uniquely Irish feel. The Cheltenham team is hoping that the special charity race and the presence of Henry Cecil will add further interest to what is already a spectacular day of high-class Jump racing.
The Racecourse’s Managing Director, Edward Gillespie, said: “Henry Cecil’s achievements are the stuff of legend, but what is equally remarkable is his universal popularity amongst the racing fraternity, from racegoers, betting shop punters and casual racing fans to fellow trainers and the sport’s professionals across the globe.
“It is a privilege for us to be welcoming him to The Festival for a of a slightly different nature, especially one that is being run in aid of such a good cause. We hope that Henry’s involvement might even attract entries from Derby-winning trainers!”
Jools Tait, Director of Partnerships of Cancer Research , added: “We are thrilled to be involved in this exciting addition to The Festival 2011.
“Last year’s charity race on Ladies Day helped us to raise over £150,000 at and, with the generous support of Henry Cecil, we are hoping to exceed that figure this year.”
Applications are now being invited for the charity race, with a maximum field of 12 runners, open to any amateur riders, licensed or not. Each rider is required to raise a minimum of £5,000 in sponsorship and participants have to provide their own mount, which must have run at least twice under the recognised Rules of Racing. Applications close on December 31, 2010.

For further information about the charity race, or to receive an application form, please contact Sarah Oliver on 01886 884488 or via sph.oliver@btinternet.com
For more information about Cancer Research , please contact Davina Yanful on 020 3469 5255 or via davina.yanful@cancer.org.uk
For further information about St. Patrick’s Day activities or any aspect of racing at Cheltenham, please contact Cheltenham’s Communications Manager, Andy Clifton on 07876 330090 or via andy.clifton@thejockeyclub.co.uk
About Henry Cecil
Henry Cecil is one of the most popular and successful trainers in the history of Flat racing in . His career started in 1969, since when he has won 24 British Classics, including four Epsom Derbys, has been Champion Trainer 10 times and has a career tally of well over 3,000 winners. In over 40 years as a trainer, he has won most of the biggest races in and many others around the world.

Posted by Turfcall at 04:45 No comments:

Email ThisBlogThis!Share to TwitterShare to FacebookShare to Pinterest
Labels: Henry cecil is honoured and delighted to be Cheltenhams guest at their Festival 2011 next March

In 1981, in the year that Charles married Diana, Shergar won the Derby and Bucks Fizz won the Eurovision Song Contest, Bob Champion (recovering from testicular cancer) and Aldaniti (recovering from a serious leg injury) created a real life fairy story by winning the Grand National.

The race will be run on the flat as the first race on the John Smith’s Grand National card on Sat: April 9.

The race will be run in aid of the Bob Champion Cancer Trust, which was founded in 1983 and which has so far raised £12 million – that’s approximately £400,000 for every fence of the National that Bob and Aldaniti jumped!

Bob Champion said: “The 1981 Grand National was a remarkable day, not just for me, but all of those around the world who gained hope from my victory in their personal battles against cancer. 30 years on and with the money this race raises, I want to continue to reduce the odds against cancer. I would also like to publicly thank Aintree and John Smith’s in advance as without their enthusiasm and support, this exciting race would not be possible.”

John Smith’s and Aintree launched the John Smith’s Grand National Legends in 2010, an initiative that celebrates the greats of Grand National history. Eight Racing greats were inducted last year after a public vote and the 2011 shortlist will be announced in the New Year.


Julian Thick, Managing Director of Aintree, agreed: “We are absolutely delighted to host this exciting event on racing's biggest day. Bob's story is inextricably linked to the Grand National and we are honoured to be able to help his fantastic fundraising with what should be an interesting race on John Smith's Grand National Day.”

Champions, the 1984 film starring John Hurt was a box office hit – and a special Bob Champion Aldaniti pack will be produced to commemorate the 30 year anniversary.

Aldaniti lived to the grand old age of 27, eventually passing away in 1997 at home in his field where he is now buried.

The Bob Champion Cancer Trust has raised £12 million since it was founded in 1983.
The Trust was initially set up to research testicular cancer and has now evolved into prostate cancer, a disease that is expected to overtake both lung and breast cancer as the most commonly diagnosed cancer in the UK by 2018.

Its success lies in the research field and owes much to its rapid assessment for funding i.e. the Trust can react quickly to a request not wasting valuable time and therefore making a difference by early investigation of potential advances.

John Smith’s
JOHN SMITH’S, the UK’s No 1 ale was installed as the Grand National favourite in 2005 after saddling up to sponsor the world’s most famous horse race in the first of three three-year agreements between brand owners Heineken UK and Aintree Racecourse.

The 2011 John Smith’s Grand National meeting will take place from Thursday, April 7 to Saturday, April 9 in front of 150,000 spectators and a worldwide television audience spanning more than 140 countries and 600 million people. 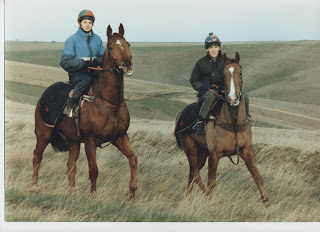 END
Posted by Turfcall at 04:57 No comments: